On an overcast day in Norrköping, Sweden I was joined by Linus Lundgren to discuss the upcoming releases from Year of the Goat, Nocturnalia and of course, cats.

Born in Linköping, the most prominent of his current work has been with Sweden’s Year of the Goat. Established in 2006 in Norrköping, it is dark and melodic occult rock with roots in 60s and 70s rock with a heavy focus on guitar and vocal melodies. Year of the Goat has gone through a few lineup changes with the current lineup as founder Thomas Sabbathi on vocals and rhythm guitar, Jonas Mattsson and Lundgren on guitar, Joona Hassinen on bass, Pope on keyboard/backing vocals and Daniel on drums. “It’s very big and ambitious; and there are a lot of influences present. We have some doom songs, uptempo and upbeat songs and there are ballad type songs. It’s a broad spectrum and you can’t really say that it sounds like any other band. Year of the Goat is the result of musicians who have been playing music for a long time in a lot of different bands and styles.”

As a personal friend of the band, especially Sabbathi, Lundgren was ushered into the band roughly a year ago after the departure of one of the guitarists in 2017. In 2015, Year of the Goat announced that it would be going on hiatus after their successful album Angels’ Necropolis that garnered attention around the world and won the Best Debut Album from Metal Hammer. In March of 2018, it was announced that they were preparing to record a new album.

When asked if the impending record would be similar in sound or theme to its predecessor, Lundgren answers pointedly, “Yes and no, it will sound different because of the different musicians who play on it, but there is still the same vision; there is still the same idea. It will however, be bigger, dirtier, and more distorted; not as refined as before, if you will. It’s dirtier rock n’ roll, but you will definitely hear what band it is.”

The last album from Year of the Goat was heavily themed around the horrific cult classic  works of HP Lovecraft, however, in contrast, the upcoming album, will be a concept album following the story of the Son (Jesus) returning to Earth. “The idea is how it would be with Lucifer as a ruler. The Son gets cast down back to Earth, and absorbs all the evil and shit that mankind has been doing since he last was here. He takes all that in and tries to make his way to back to where he once was.” Working furiously with strict time constraints, the album was recorded in Studio Underjord, Studio Hufvudstaden and Pope’s own studio. The album Novis Orbis Terrarum Ordinis is slated for release at the beginning of 2019 through Napalm Records.

Citing his bands as his prime doing, we also discussed Nocturnalia which was starting the recording process the week following the interview. Comprised of Lundgren (guitar), Kalle Svensson (guitar), Linus Ekermo (vocals), Martin Ericsson (bass) and Dennis Skoglund (drums), the childhood friends birthed the band in 2012 under the name Nocturnum and play “psychedelic rock music with a clear occult touch with love for the Norse.”

They are now gearing to release their third album, following Nocturnal and Above Below Within, entitled III: Winter. With the lineup staying the same the music will sound familiar. “Hopefully it will sound like the next step, a natural progression; we want it to sound cold, lonely and dark. It follows the same themes as before, yet more folklore based instead of occult themed. More towards the Norse folklore and forest tales of Sweden.” The album was recorded at The End Studios in Lund, Sweden and it can be expected in the first half of 2019.

Currently the guitarist in three bands (including The Isolation) with ten years of experience, Lundgren says his desire to constantly be learning, whether music, philosophy or history, is his main motivator. “I play music because maybe it’s the only thing I feel I’m really good at. If I were equally good at writing I would prefer being a writer I think. For me, I have to be doing something that gives me something. I have to be learning to have a reason to do it.”

Continuing, Lundgren elaborates on purpose and the people he admires. “I’m always trying to get myself further, and I don’t mean in a success way with my bands; the idea is not to get too comfortable. Just playing rock n’ roll and nothing more has never really appealed to me. I have to have a purpose with my music.” He adds with a laugh, “I don’t just rock n’ roll even though that is some of what I’m doing.”

“I look up to everyone who has that same mentality and knows what they want to do. I always get very excited when I get to meet or read about someone who has that mindset; that sees this as more than a hobby, and more than work. It’s sort of a spiritual process, of course it is super fun but that’s what I admire about those people, they want more than just having fun.”

Of course, behind many great musicians are the quiet familiars, perhaps the number one fans; of which Lundgren has two. “Ishtar and Fabies, they are basically in charge at home. I think they enjoy it when I play guitar, they like to get close when I’m playing. Like every cat owner on the planet, I might like them a little too much but I haven’t gotten to the crazy person stage yet. I love them and I think they love me although it’s an ongoing non responsive love, an unanswered love.”

More information on Lundgren’s bands and upcoming releases can be found at the following sites:

Year of the Goat 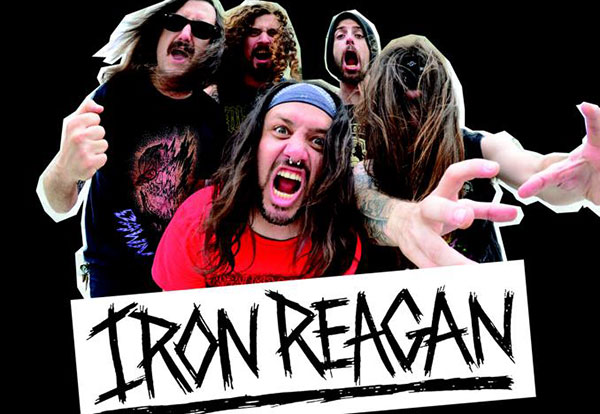 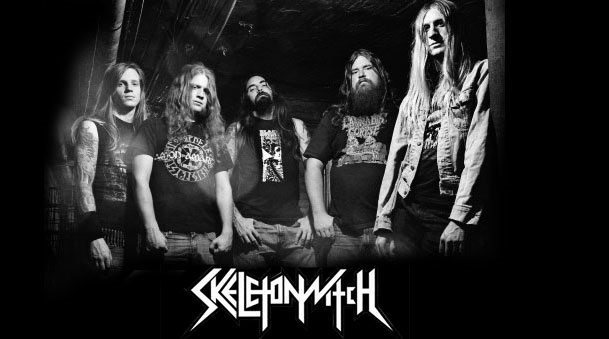